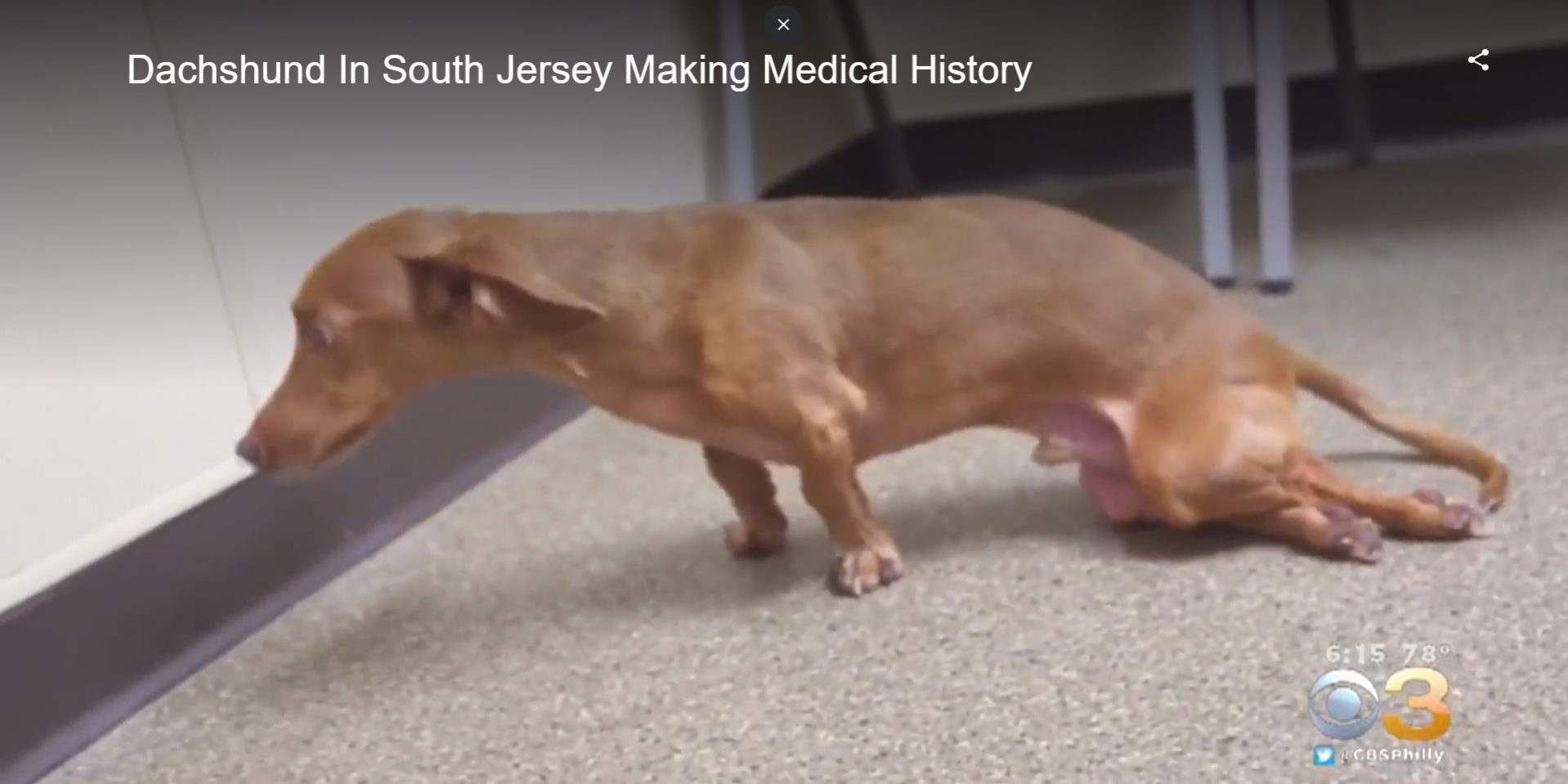 WOOLWICH TOWNSHIP, N.J. (CBS) — A dachshund  in South Jersey is making medical history. For the first time, 3D technology designed for humans was used to guide spine surgery on the dog. The technology allows doctors to see and touch what they’ll be operating on before surgery.

Lorraine Young is relieved to see her beloved Andy getting back to normal.

But three weeks ago, Andy — who is 7 years old — woke up paralyzed.

“Couldn’t walk, dragging his legs behind him,” Young said.

Andy had a spinal compression, a genetic risk for short dogs with long backs — like dachshunds.

His surgery at the Saint Francis Veterinary Center in Gloucester County was a first.

“Without surgery, no hope with him walking again,” Dr. Hannah McLean, the center’s director of regenerative, sports and rehabilitative medicine, said.

The team of vets had a 3D-exact replica of Andy’s spine. The 3D printer is normally used to create models used to treat people.

“The human side perfects things. We get great ideas from the humans and say, ‘Why can’t we do that with our pets?” chief of surgery Dr. Mark Magazu said. “It’s great synergy.”

Magazu says the human-inspired model allows for better precision, which is critical with spine surgery.

“With this model you were able to see what you were going to operate on before the surgery,” he said. “You can see what and where the material is in the spine, so it actually guided us to where we needed to go.”

Now, Andy is regaining his strength in physical therapy. He’s the first dog to have the human-inspired technology assist with his surgery.

“I think it’s absolutely awesome. It’s very amazing and I’m glad Andy is going to be a part of that,” Young said.

Andy’s spinal replica was made based on a CT scan.